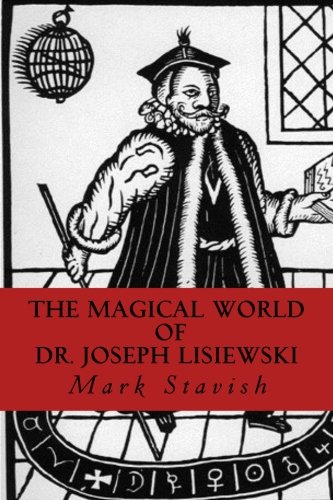 Few figures in modern occultism have garnered as much admiration - and vitriol - as Dr. Joseph Charles Lisiewski. Born in the coal mining regions of Central Pennsylvania, Lisiewski came of age as religious orthodoxy was waning, but before the world of the 'Counter Culture Movement' had fully come full-term. After a terrifying magical evocation at the age of 17, he quickly found himself involved with two of the greatest occultists of the Twentieth Century – Israel Regardie and Frater Albertus. Having worked with both men for years, he detailed his unique relationship with them in – Israel Regardie and the Philosopher's Stone (2008). Having myself worked with Lisiewski, I tell the story of our decade- long friendship, the magical and alchemical projects we worked on together, the truth behind his academic claims, and details of the final ritual I performed for him: an exorcism for a ritual that went bad, and for which he claimed would ultimately take his life. A must book for anyone interested in one of best known, and least understood, figures of modern occultism.