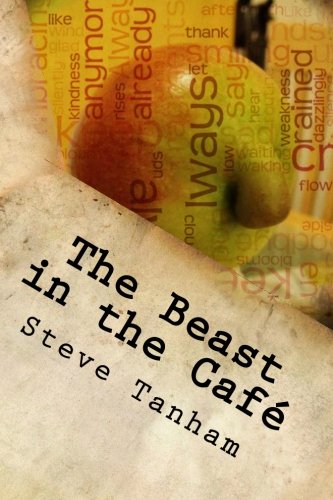 There was silence, and I looked up into her beautiful eyes. She smiled."You want he do all the work?" The question was expressed simply and with candour.I started to speak, but she moved her eyes sideways in the manner I had sometimes seen her use when she wanted to move on, quickly."I brought bill," she said. "Now going off-shift . . . check and pay counter, inside." With that, she jammed the small folded chit under my coffee saucer and turned to go. I looked up, somewhat bewildered, at her departing back. She must have felt my gaze and turned around. She walked back to me and planted one of her gentle kisses on my head. "Enjoy coffee while hot," she chuckled. "You unravel start of thread?"It had taken me a while, but I had finally located the practically invisible knot that Don Pedro had used to secure the ball of red wool. I nodded in response to her question."Good," she said, reaching into her pocket and taking out a plaited section of wool. She placed it next to my coffee, turned and left.I had an ominous feeling that life was happening somewhere else; and that I had been invited . . . but had, so far, failed to arrive . . .The Beast in the Café tells the journey of an ordinary man... a writer. A quiet coffee on a sunny afternoon, watching the world go by... that was the plan. But suddenly his world is turned upside down by an insistent Pomeranian and his mysterious owner. Everyday objects become the tools that lead first to knowledge, then to the glimmering of understanding...

I had read an excerpt from the book on The Silent Eye website and I was intrigued immediately by the character central to the story. So much so that I bought the book!

I was not disappointed. Steve has crafted a mini masterpiece here that deserves a wider readership. Well written and compelling with a fairly good pace, there is that little bit of mystery set in the stark ordinary that for me captures the imagination. You are slowly drawn in by Don Pedro. What and who is he? There is an element of humor at play in this little magical adventure that somehow reminded me fleeting of The Magus and also of the Carlos Castaneda books. It has a bit of the shaman in it somewhere and a real sense of purpose. Designed to be a fictional story that draws people in to the Silent Eye, it exposes a little of that schools systems and workings as it goes.

However, I could not put the book down and it had me captivated from page 1.... Highly recommended. 5 Stars.