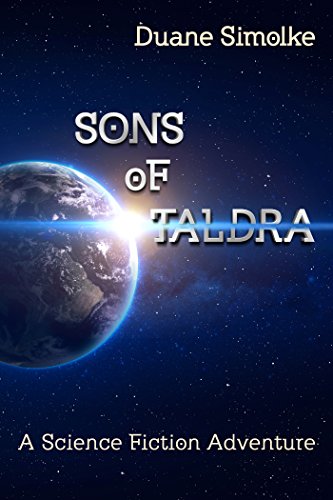 In an alternate reality, an Iroquois woman and her twin gay sons battle shapeshifting aliens. Telius simply wants to marry the man he loves. Argen struggles with the residual effects of a deadly drug addiction. Both twins help their mother face Valchondria’s greatest threats.

Taldra accepted the title of Leader for Valchondria’s one-world government. Maintainer Admiral Nil blames her for a series of tragedies and might pose an even greater threat than the changelings that want to feed on humanity.

Our Review (Paid)
Quite a short book packed with detail. Initially, it had me thinking Star Trek but that was just the opening Chapter. This is a strange world this Valchondria. It could be a future version of Earth in which racial differences, religion, and political parties have been eliminated. It is also a strange World in the sense that it is high-tech and yet has turned its back on some of that technology. The author has thought this through and paints a picture of a society that quite honestly, I didn't like to look forward to and yet was intriguing anyway. Sexual orientation is also an issue that this humanity has come to terms with and each choses their way and marries accordingly. The problem is that Valchondria is a victim of its own history and culture in many ways.

Many years/centuries prior, space travel had been allowed and many had left. Those who left had religion (Degrans) and exhibited all of religions faults. By inference, it also had racial diversity too. We learn that their religion was actually based on a mistaken belief in what was originally a children's book and yet, differing and extreme views of this book's meaning had led to a variety of sects who continually fought each other seeking to eradicate heresy. Sound like an endorsement for religion? Nope - but I agree with the author on this. Religious dogma is book childish and silly yet can have dire consequences.

The aliens are unable to distinguish between these groups of humans. To them, humanity is a source of energy - a good feed. The aliens shape shift between four different forms and they are angry that a Degran mining ship has ventured into its feeding territory - again. They invade Valchondria in numbers.

The Valchondrians, against their better judgement, allow the offending Degran ship, now badly damaged, to land on their planet. They have news for the Degran ship survivors - the Degrans have finally had the war of all wars and destroyed themselves. The Degrans have something for the Velchondrians - help to fight the Flu virus that is killing them slowly and also help against an addiction to confidence pills. However, unwittingly, the Degran ship carries one of the aliens to the Mother planet and via ESP, it communicates with its race and brings on the invasion.

There are a number of intriguing subplots that I won't comment on in detail so as not to spoil the story but I cannot help read between the lines and see that the author is trying to comment on society through this story. The saving of Valachondria comes about in an unexpected manner that involves an understanding between an alien and a human mind.....