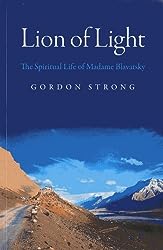 Madame Blavatsky was a pioneering woman, and not only as a traveller, writer and spiritual teacher. She was an inspiration to men and women around the world in Victorian times who desired to follow an independent path. In our own times, the New Age owes most of its spiritual knowledge to her. Blavatsky’s travels in Russia, India and Tibet; her absorbing of many different cultures and her personal magnetism, are the stuff of celebrated legend. Her personal struggles against prejudice and ignorance are a record of one woman’s determination to usher in the Aquarian Age. By her own efforts she established ‘spirituality’ as an ethos. She also taught that the soul - the ‘Inner World’ - of any individual is mysterious and precious. It is a sacred possession, one not to be feared, but cherished. Many myths and exotic tales surround Madame Blavatsky. This phenomenal individual saw herself as having a mission - to inform and enlighten the world. Her beliefs and her vision are even more relevant now than when she first voiced them.

Review
Gordon Strong plainly admires Helena Blavatsky and his short autobiography is a fascinating study of the lady, Theosophy and the controversies around her. Whatever one thinks about Mme. Blavatsky, she certainly had a massive impact on esoteric thought and practice. Gordon Strong takes a sympathetic view and presents us with an image of a flawed but nonetheless, remarkable woman who achieved much in a time when women were rarely taken seriously.

I enjoyed the book but I would liked to have read a little more about Mme. Blavatsky herself. Perhaps she and her reputation are well enough known already but it would have been good to read a little more about her gifts and talents as a medium including perhaps descriptions of what it was like to be in her company and to observe such demonstrations.

Overall however, I learned a lot and whether by accident or design, I was left feeling a good deal of sympathy for yet another much maligned figure in recent esoteric and occult history. We will of course never know the truth but one is left with the feeling that her achievements are rather special for anyone of that time and more particularly so for a woman. One rather suspects that in the end many adepts are viewed with jealousy and malice by those with lesser powers and in the case of Mme. Blavatsky, one suspects that this is also Mr. Strong’s conclusion.

Leave your thoughts below